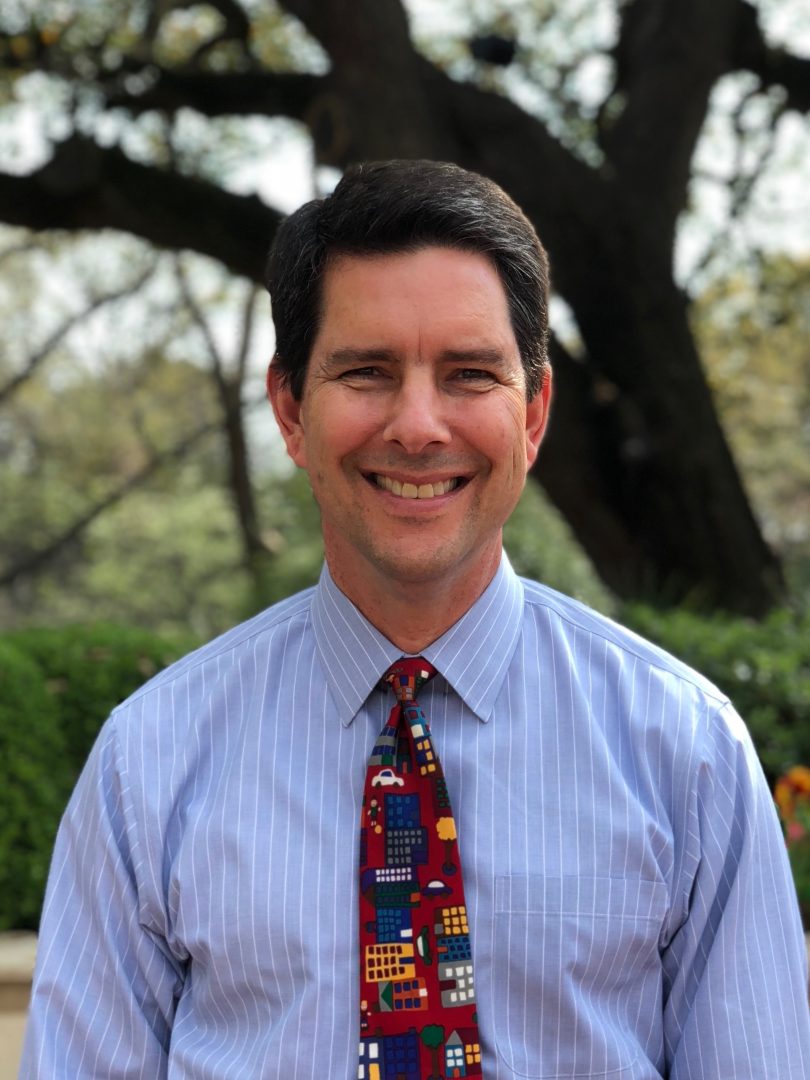 “Dr. Joe” Peterman was the second of six children and grew up in Dallas attending St. Rita and Jesuit College Prep School. After an undergraduate education at Baylor University he returned to Dallas to earn his medical degree at UT Southwestern.  He interned at the Children’s Hospital of Oklahoma in OKC and completed a residency in pediatrics back in Dallas at Children’s Medical Center. Upon finishing the formal part of his education and becoming Board Certified he joined the pediatrician from whom he received his own pediatric care at an office on LBJ freeway.  This association lasted three years and was followed by the opening of a solo practice in Preston Center on June 1, 1993 where he maintains an office based primary care practice.  Dr. Joe and Rebeca married at the end of medical school in 1987 and have five daughters and a youngest son. In December 2017 they became grandparents (Woo-Hoo!!). He served as the President of the Children’s Medical Staff in 2001 and taught rotating medical students in his office for a number of years. Dr. Joe is a believer and, with his wife and family, regularly practices his faith.